FROOT is the third full-length compilation from Welsh singer-songwriter, and more recently producer, Marina And The Diamonds. The vocalist, with her distinct, throaty sound at the helm, has taken the sonic journey with this album down a more focused route without losing any of its whimsy. Abandoning her electronic-pop signature that brought 2012’s Electra Heart its notoriety, Marina’s singles from the latest album, recorded in London, “FROOT” and “Immortal,” are more captivating than ever. This time around, the work of Marina And The Diamonds was unadulterated almost completely as she wrote the record herself as well as taking the initiative to co-produce.

This spring, the solo artist will play a select few shows in the States amidst press engagements, including two New York tour stops. She is also set to play American festivals this summer like Coachella, SXSW, and Governor’s Ball. Fans who cannot attend these performances can look forward to a headlining tour cycle this fall. Marina’s new material is circulating on a mainstream level as her presence in the U.S. continues to grow. While doing the usual pre-release press time, Marina And The Diamonds sat down to fill me in on the new record and beyond. Here following is our conversation:

I learned recently that your upcoming New York performance at The Bowery Ballroom sold out pretty quickly.

It sold out in 90 seconds, apparently!

Very crazy. Along with that show you’re doing a few other shows Stateside. Why did you decide to do these select few dates?

Well, I haven’t played for a long time; for two years I haven’t played in the U.S. I wanted to put on a little party, actually, for hardcore fans and for press to showcase the record in my own way and to kind of address a small venue in the way that I want to. I think I’ll be doing one in London as well.

What listeners have experienced off of the new album is definitely a departure from the previous material. Why did you decide to release the songs individually as you have been?

Well, it’s a very different kind of record from the second one which was more electronic and had much more of a commercial bend on it. With this one, I wasn’t interested in doing that again, so I made the record that I wanted to make. Therefore, I had to or wanted to create a strategy that made sense instead of doing the whole, one big single and the album’s out kind of thing. I wanted to be able to showcase the songs the way that I wanted to in a unique way, so I created this “Froot of the Month” thing. It just means that you can listen to the songs that you want as opposed to what the label thinks will work for radio, so it’s refreshing for me.

You mentioned that you did this record the way that you wanted to. Tell me more about that, you wrote it all on your own, I believe?

Yes, yeah, um, I did that (laughs). Sorry, my mind’s blank. I co-produced it with one producer [David Kosten]. It’s kind of weird because everything that you put on a record, you want at that time. In terms of purity—purity in terms of your vision—I feel like this is the first record that I’ve done on that level. It’s the most important one to me.

Where did you record this time around?

I recorded it all in London over three months. I kind of wrote primarily when I was touring, half on tour, half in London.

With the release of each full-length, it’s almost like you take on a new persona, and I know with Electra Heart that was intentional. Was there an intentional change this go around or was it a natural progression?

(Pauses) Well, not in terms of persona on this one. I’m in a funny position because with the second album it was using a character to tell a story, but it has been years since then and I’m obviously a different person. I don’t really feel like with this one there is a persona, but in terms of visuals, I definitely like building a world for each record to exist in.

You have a very distinct vocal trademark that really can’t be mistaken for anyone else. What were your initial vocal and musical inspirations?

Hmm, um, my initial ones came mainly from women, mainly alternative female voices like Brody Dalle from The Distillers, Amanda Palmer from The Dresden Dolls, Kate Bush. These women were quite uncompromising and have a really strong attitude. I always veered towards them and always really identified with them.

How does your musical reception by fans differ from America compared to Europe?

(Laughs) Interesting question. It does differ quite wildly because Electra Heart did well in America and had a very American sound. I feel like there was quite a bit more traction there. I feel like Americans quite love the dressing up and the theatrical elements of it.

You are included on the roster of artists playing Governor’s Ball as well as SXSW, to name a few. Have you played any of these festivals before?

Actually, Coachella, yeah. Coachella I’ve done, but it’s been a while.

Who would you like to perform with that you have not yet?

Who would I like to perform with, Jesus! Someone that I actually have a friendship or affinity for like Shirley Manson from Garbage; I really like her. Also, my friend Lizzy [Plapinger] who’s in a band called MS MR. Anyone who you could have fun with and it wouldn’t be too much pressure.

Friends of mine always talk about you and Lana Del Rey being sort of the dream lineup.

(Laughs) You and half of the internet. That’s all that I see in my Twitter mentions (laughs).

I wonder what it is, the both of you being strong females might be it, I suppose.

(Laughs) I don’t know! I love her. I think we share a similar aesthetic in a way, my second album and her first one. I think we both obsessed over an icon, but yeah, I think she’s lovely.

What are you listening to these days?

At the moment, I’m listening to Beyonce, Paul Schmear, I love Kanye West. I think I need to try some new music; I’m getting bored of my own playlist (laughs).

When you have down time between touring and songwriting, what are you doing? Are you always writing?

No, god no, that would be ridiculous. I don’t really write that often; I don’t really write that much. For this album, I only wrote 15 songs and I just picked 14 to record. In my down time, I like going outside quite a lot like walking or jogging, going on a bike. I love hanging out with my friends, very much what everyone else in the world likes to do. If there is to be a party, theater, cinema, that kind of thing… Just whatever I am in the mood for.

What are some of your long-term goals career-wise?

I think to keep doing things that are creatively inspiring. I don’t really think about doing this campaign touring role forever. I think I just want to do things that are creatively exciting, whether that is actually never doing another album again and working on other things or doing a soundtrack for a film or something with opera that you reinterpret. That’s all I’m interested in doing as an artist, so it’s probably not going to be what you’ll expect me to do, but I think it’s what I’m inspired to do.

Well, don’t drop out of the industry on us that quickly. 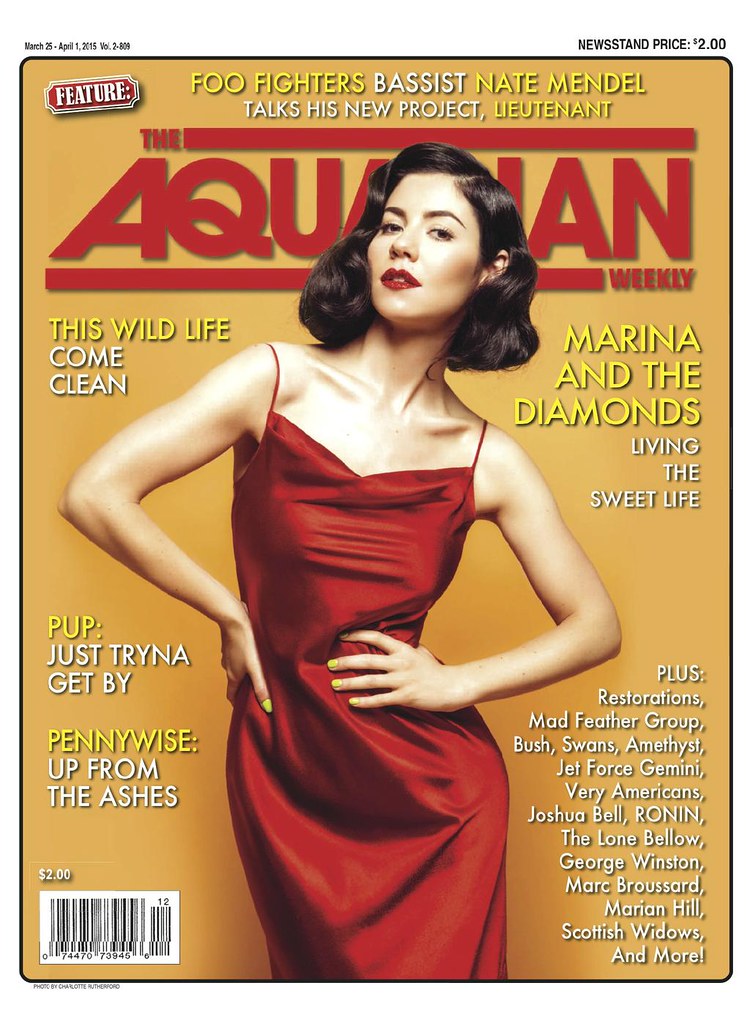