16.03.2015
WHY MARINA AND THE DIAMONDS WROTE A SONG ABOUT RAPE CULTURE ON HER NEW ALBUM FROOT

The singer talks to TIME about her song "Savages," her new album Froot and the state of pop music

Marina and the Diamonds once critiqued the dangers of fame and celebrity by pretending to have succumbed to them. On her 2012 album, Electra Heart, the Welsh singer-songwriter born Marina Diamandis worked with some of pop’s biggest hitmakers and wrote from the perspective of Electra Heart, a fictional, vapid diva who embodied the worst parts of pop culture. “I suppose it was an effort to make a commercial pop record in a subversive way,” she tells TIME.

But for her third album Froot, out now, she shed the wigs and persona, scaled down her collaborators — she wrote all the songs herself and had just one co-producer, David Kosten — and looked inward instead of out. “It’s more reflecting on what’s happened in my life and what’s kind of brought me to this point,” Diamandis says. “[The title] felt symbolic of how I feel now: ripe and ready as an artist and as a person, like I’m ready to really enjoy things. I feel very confident.”

On the song “Savages”: “I’m not a political person at all, but I am interested in society. And seeing rape culture explode over the past few years and be pretty much in the news every single day is sickening. It’s more about trying to start a conversation on why these things are in our human traits. Because they are natural to us even though it’s really hard to hear. No one wants to say that rape is natural, but it’s something that’s been embedded in us, and it’s horrendous. So that inspired that song.” 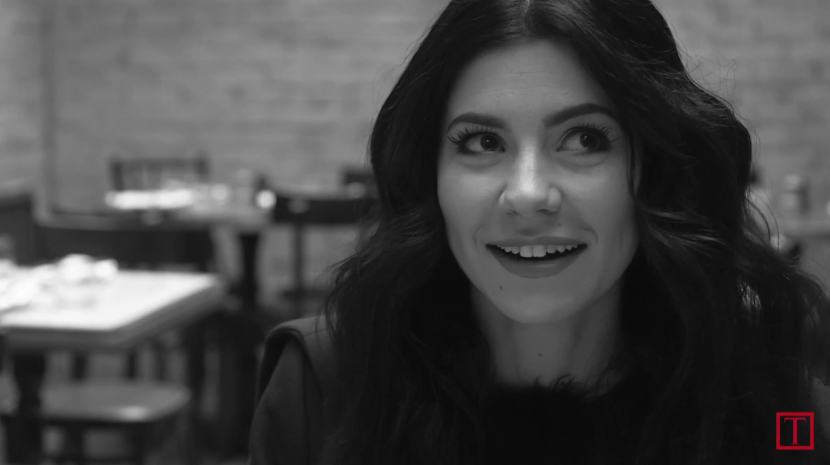 On how she gets inspired: “My relationship with songwriting is purely based on having something to say. If I don’t, then I just don’t write. It’s definitely not a songwriting camp: [write] 50 songs and then pick the 12 good ones. If I get off tour, usually it’s just getting my sh-t together, relaxing, seeing my friends. And then whatever’s happening in your life feeds into your thoughts and into what inspires you in the end. It’s a very relaxed, normal process.”

On her relationship with her fans: “It’s distinctive, and it feels real and special. They’re very intense, but maybe that’s because I am as well! They’re incredibly supportive and quite protective. ‘Primadonna’ garnered a lot of fans for me, but even though I’m going off into a more left-field, alternative direction, they are with me. Growing up with your fans is really amazing.”

On how the media treats female pop stars: “If I got into an artist who was playing a character and then realized that they have another body of work, you’re like, ‘So who is it, then?’ [That happens] particularly with female artists, maybe because identity is such a shaky thing — it feels like you’re constantly trying to be defined. A song on the album, “Can’t Pin Me Down,” is about that. Maybe it’s because we can change the way we look so easily compared to male artists. I always get the impression that media are like, ‘She’s not really the artist, someone else is creating that.’ With this album I want to make a point about writing the whole thing because [then] you can’t say anything — you know I’m the sole creator. There aren’t many of those artists anymore.”